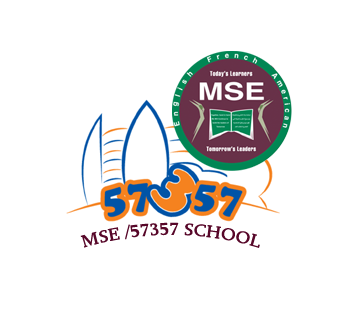 Sunday, 5th October 2008 was the first day in our school in the 57357 Children’s Cancer Hospital. We started with 5 teachers in the branches of Math, Arabic and Science helping the children in the hospital to study and enter the mid-term and end-year exams. Those 5 teachers are in the hospital every day from 9 – 3 where they give the lessons to the children in groups or on one-to-one basis depending on the health condition of the child. The teachers’ role is to help them catch up on what they might miss from the curriculum as if they are in a proper school system. The teachers and parents are fully aware that the different kinds of treatment have a negative effect on the child’s ability to learn, understand, concentrate and comprehend. So the teachers are always very patient in giving their lessons, and they do not have any trouble in repeating any lesson they feel the child needs more time in. Hand in hand with the social workers in the hospital, they give the child hope that when they leave the hospital they can go back to school and continue with their classmates in their studies as if they have not stayed out of school for a long period of time as the treatment can take up to six months in the hospital. We are proud to say that the past Six years have not only been successful academically, but also successful in lifting up the spirit of these children. MSE administration receives reports from the hospital on semi-annual basis that monitored the health and reaction to treatment for the children that attended the classes in the hospital.
Those reports show a positive improvement in their health and acceptance of treatment by the increase of the times they attend the group classes in the hospital’s libraries. Therefore, the doctors and the social workers always encourage the children to leave their rooms and beds and attend those classes.
The parents of those children always praise the teachers and thank them for their remarkable effort in teaching their kids and bring a smile to their face every day when they attend the group classes.
Each academic year the in – patients that attend the classes increase according to the number of patients in the hospital. We shall continue in being pioneers in having an in-hospital school program and at the beginning of this Academic year we pray for another successful year in the hospital. Our school at the hospital teaches from 1st Primary to 3rd Secondary. During these years we taught more than 4000 students which were in patients in the hospital during the past six years.
Our teachers there are ready with their books, preparations and hearts to help the children in their studies. They also use all the facilities we provide to our students in MSE like booklets, sheets, etc. and are under the supervision of our main supervisors in the school.
We have been graduating students from MSE57357 in 3rd Secondary for the last few years. 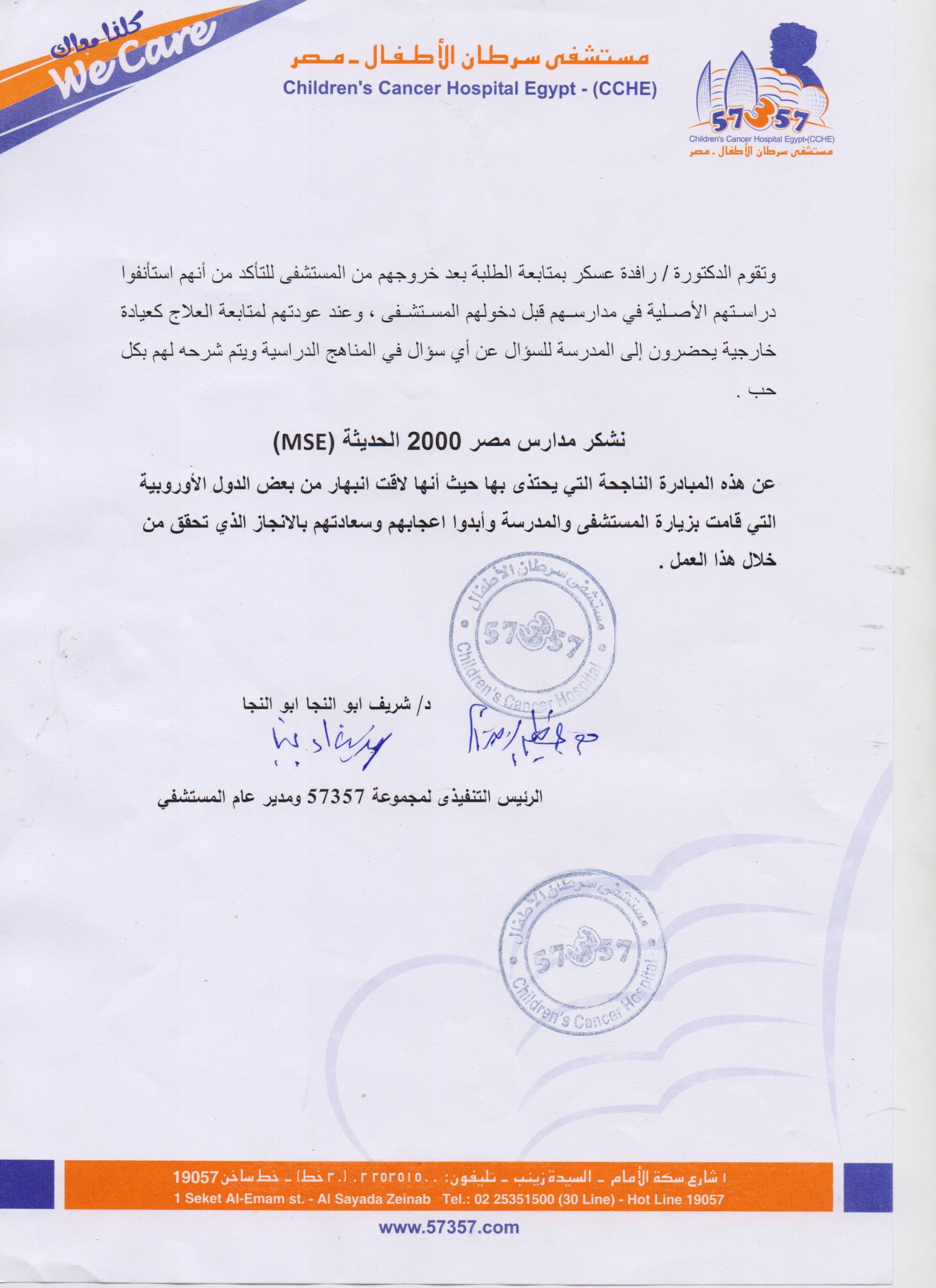 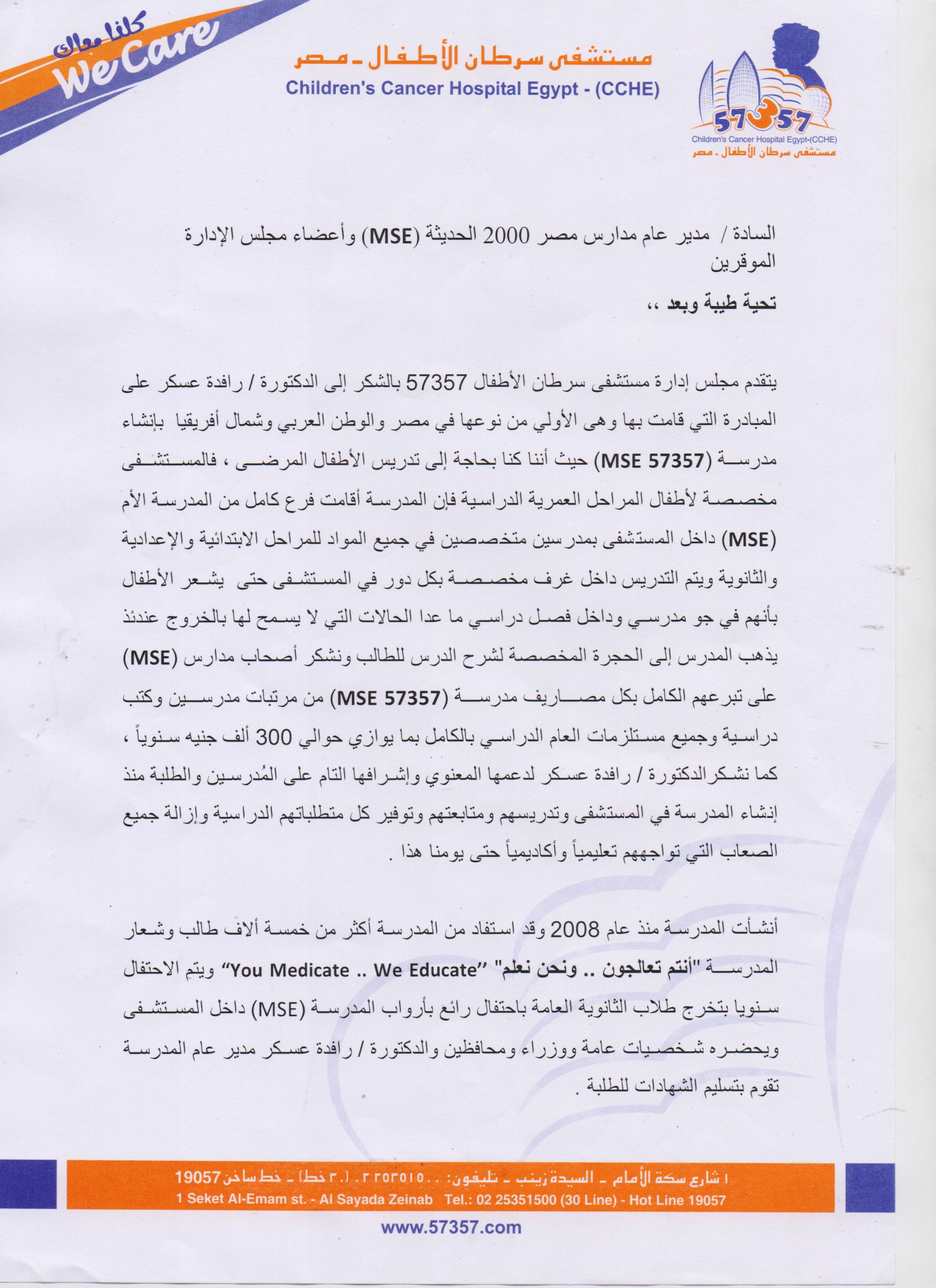 Ahmed Alaa Fayed MASE Alum 2007 & PhD in public policy from King’s College London (KCL), has contributed most of his life’s work to his alma mater- AUC. In 2013 he was the first to complete a dual degree program at AUC where he did not just complete his Bsc in construction engineering, but to bring his passion for public service, he simultaneously completed his master of public administration. His pioneering efforts in community service, civic leadership and education can be traced all throughout his time at AUC and his current endeavors as well.

During his time at AUC, Fayed was clearly a leader in serving his peers and improving conditions for all AUC students, staff and professors. First, he worked, assisted and volunteered at a multitude of AUC functions- office of student development, the freshman advising office, the office of communication and marketing, core curriculum office and Alumni and trustee affairs office. Second, he made sure students’ interests were represented in the university’s various democratic processes. He was the undergraduate students’ representative at the university senate, readmission committee, bus transportation advisory committee and late drop committee. Third, as a master’s student he was involved in academic teaching, outreach, and was a research assistant in marginalized areas, cementing AUC’s commitment to its surrounding environment. 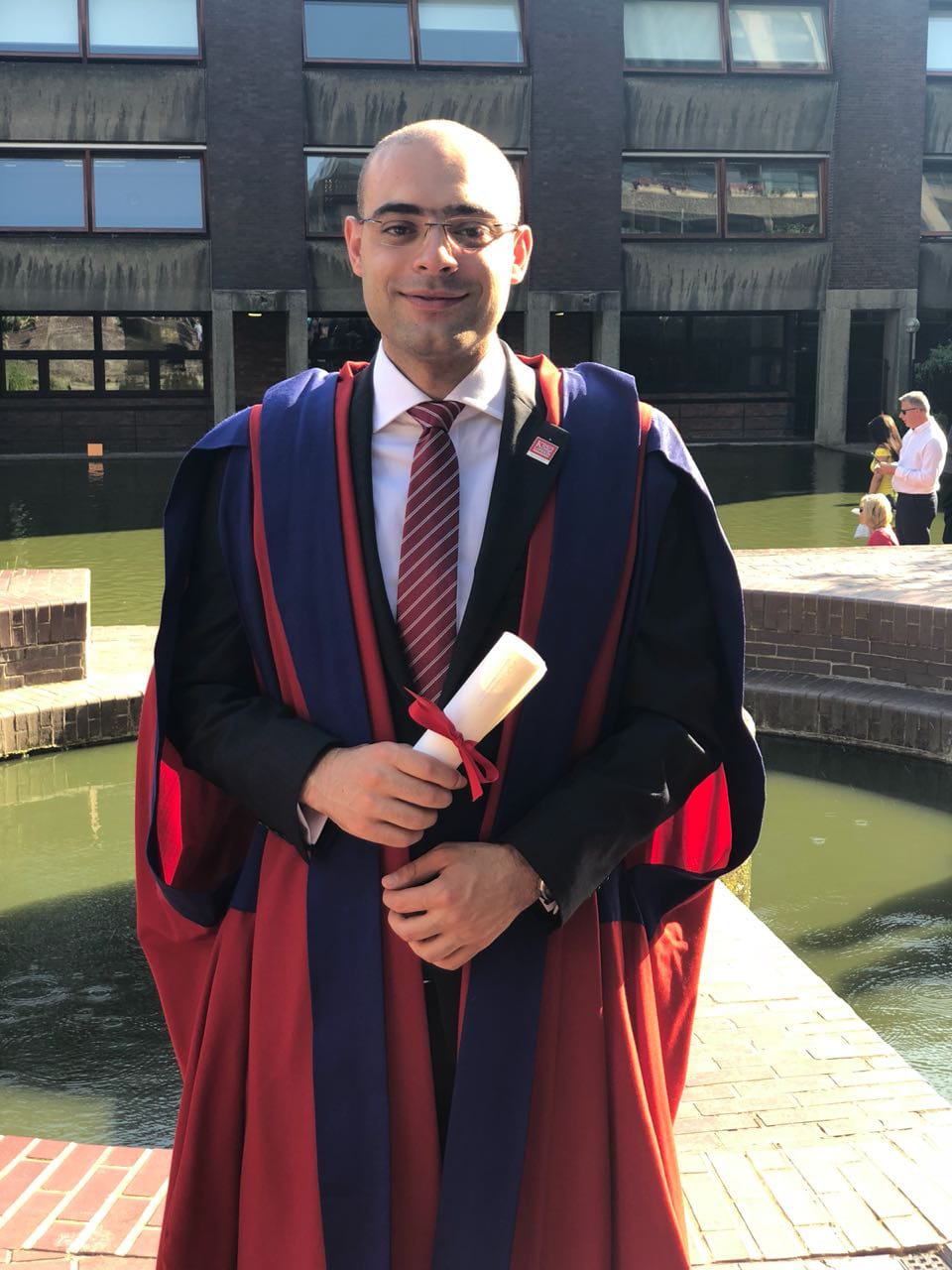 More significantly, during Fayed’s time across different student clubs and organizations, such as the Theatre and Film club, the AUC handball team, CIMAL, entrepreneurs society, ISLC, and representing construction engineering students at the Student Senate, he became well prepared for heading the Student Union. From 2011-2012, as student union president, he dedicated his time to public service to all those on campus, and outside. Recognizing AUC’s excellence in student mobilization, he exported the AUC model to collaboratively found a national Egyptian student union, which brings together student representatives from across the country. He was elected to represent the private universities, his efforts focused on bridging the gap between public and private, and creating the basis of a democratic national student body for all of Egypt.
His dedication to education and public policy did not stop there. He went on to complete his PhD in public policy from King’s College London (KCL), where he studied governance and corruption of the national Egyptian secondary school system beyond the limits of Cairo. He continued teaching at KCL, worked as a visiting scholar at both AUC and the university of Cambridge and published in international peer-reviewed journals. Currently, he is an assistant professor of public policy at the Doha institute for graduate studies; and is working on books on the wider issues of education policies across the Middle East.